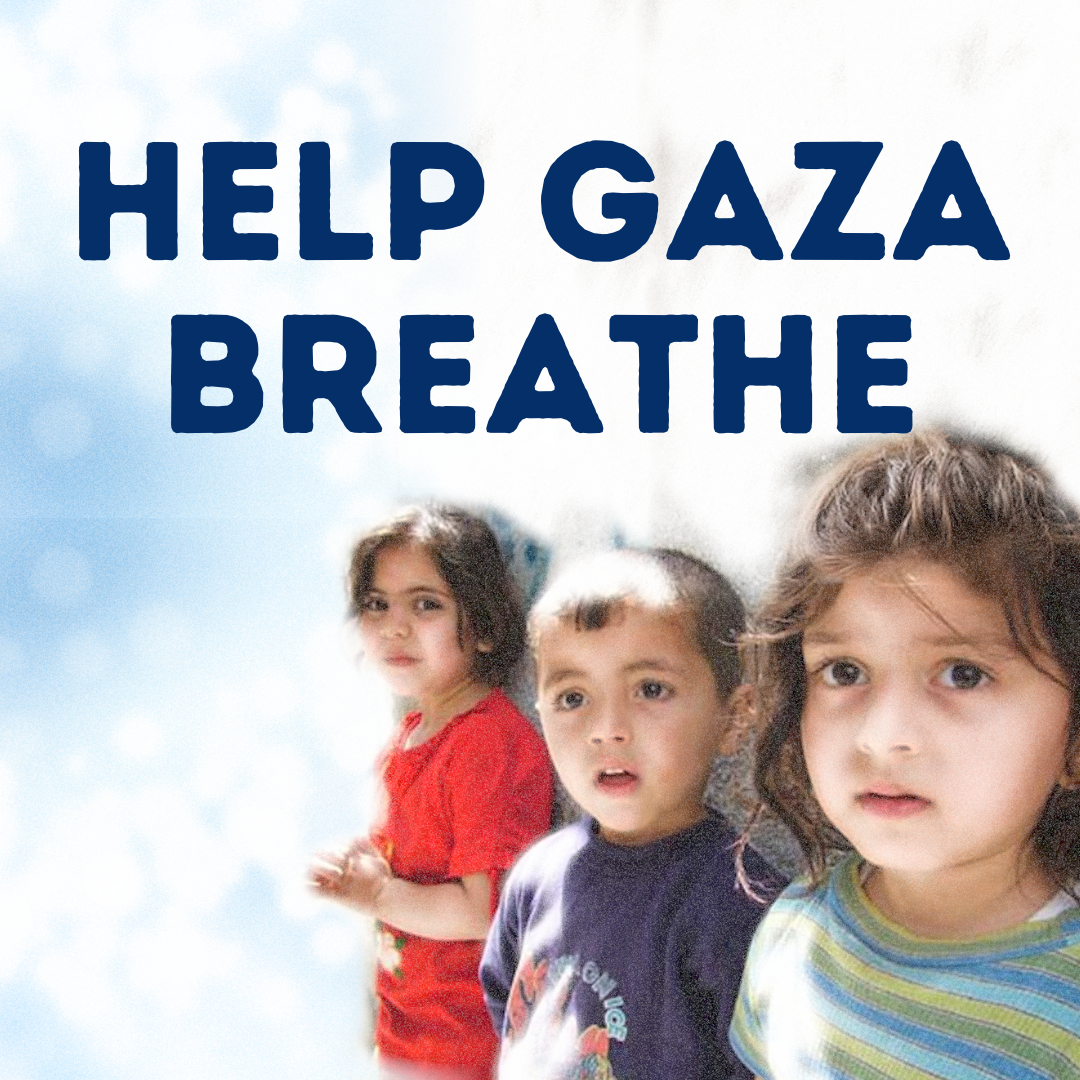 With this project launched in 2021, The CJPME Foundation, the PSAC Social Justice Fund and their allies worked with the International Development and Relief Foundation (IDRF) to help provide sustainable oxygen production for central Gaza medical facilities.

Like many places in the world, by 2021, the COVID-19 pandemic had increased the need in Gaza for medical oxygen, a need that was already unmet before the emergence of the COVID-19 pandemic.  Ultimately, the project enabled the our local partners to purchase and install a new oxygen plant at the Al-Shifa Hospital in Gaza City.  The new plant provides medical oxygen to the hospital itself and surrounding medical facilities in need.  Due to the success of the "Help Gaza Breathe" campaign, we were able to raise the vast majority of the funds required for the "oxygen plant" and its installation.

The Gaza Strip is a 365 km² territory in the southeast Mediterranean containing over 2 million people (50% children and 75% refugees) under the jurisdiction of the Palestinian Authority.  Shortly before the project was launched, the World Bank described Gaza’s economy as being in ‘freefall’ with rapidly worsening socio-economic indicators: unemployment is at 55%, more than half of families (57%) live below the poverty line, and 68% are food insecure. The UN has described the situation as a chronic emergency and a protracted human dignity crisis.

The 2021 spike in COVID-19 cases had stretched the capacity of Gaza’s beleaguered health system. High population density and pervasive poverty meant that the rate of infections and hospitalizations continued to increase despite nightly curfews and the closure of schools, universities, and mosques. While preparations for a national vaccination plan were underway, thousands required immediate, life-saving medical aid involving oxygen.

This project supported critical oxygen shortages in Gaza where there was insufficient medical oxygen plant available. The Al-Shifa hospital is the largest and most important hospital in Gaza.

The project sought to eliminate oxygen shortages between Palestinian hospitals and medical facilities.  In quantitative terms, the project had three objectives: