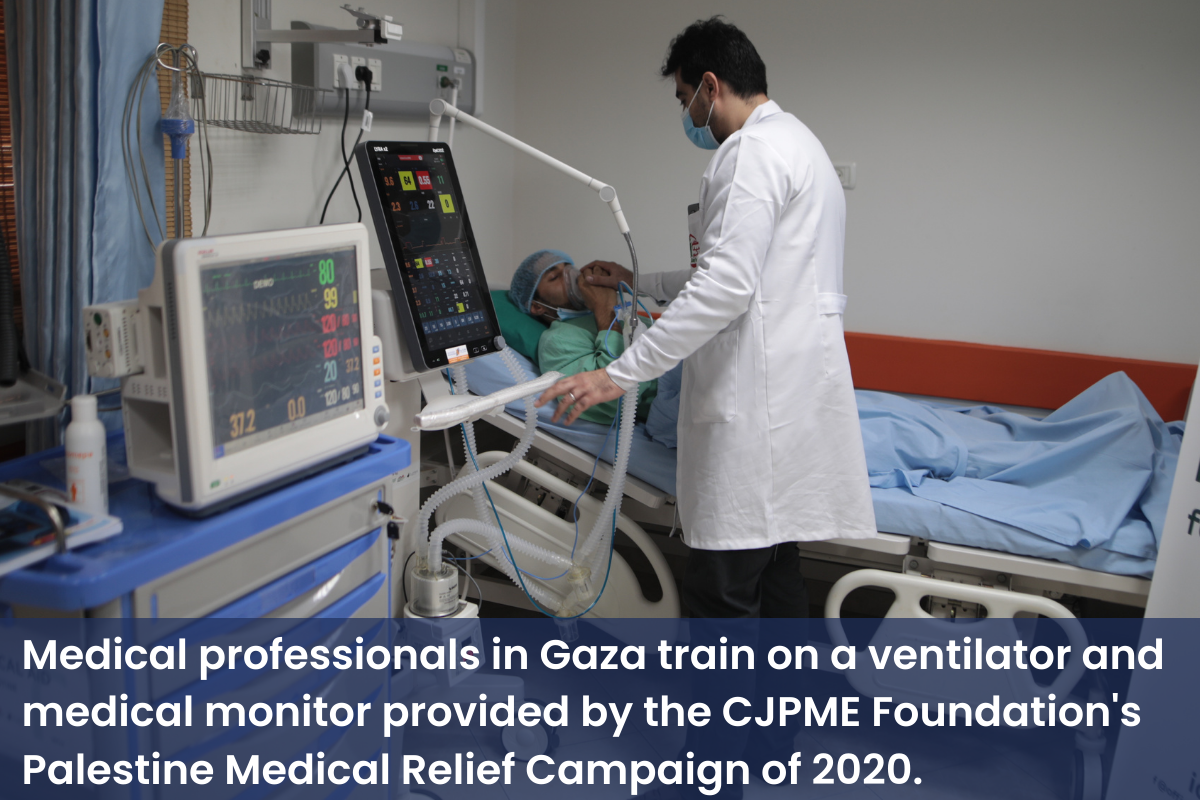 Over the past several years, the CJPME Foundation is proud to have enabled Canadians to raise hundreds of thousands of dollars for humanitarian relief for Palestinians struggling under military occupation and impoverishment.  This work aligns with the Foundation’s purposes to relieve poverty and misery through humanitarian intervention.

All donations to the CJPME Foundation are tax-deductible - we are a Canadian charity, CRA Registration Number 841493539 RR 0001.  Charitable tax receipts for gifts of $20 or more are sent at the end of each year.  Note that we also accept donations in stocks and securities, and capital gains on donations to charities are not taxed. Learn more about donating securities here.

The CJPME Foundation usually runs one large humanitarian campaign each year, usually between February and May.  At other times of the year, other campaigns are also launched for humanitarian emergencies.  If we are not actively fundraising for a campaign, or if our current project does not resonate with you, you may still support our work via one of two options:

Here are the current and past projects the CJPME Foundation has managed over the years:

Mar 22, 2022
Since 2020, the CJPME Foundation has launched three highly successful humanitarian projects for Palestinians. Many of our donors gave generously for these projects – and we thank you deeply! These projects are making a tangible difference in the lives of Palestinians, and we wanted to share the latest updates from the field. Continue reading

Oct 14, 2021
This past May, when Israel started bombing Gaza, many of our supporters contributed generously to the Gaza Emergency Aid Campaign. The campaign ultimately sent an AMAZING $62,000 to provide emergency food, medical kits, and medical supplies to help the Palestinians weather Israel’s assault! Today, we are thrilled to provide an update showing how this aid benefitted Palestinians. Deepest thanks to the hundreds of Canadians who donated to this campaign. Sincerest gratitude also to the International Development and Relief Foundation (IDRF), the Canadian charity with partners in Palestine which enabled the project on the ground. Continue reading

Feb 25, 2021
Last spring, many of our supporters contributed generously to the Palestine Medical Relief Campaign. The campaign, launched in conjunction with the Canadian Palestinian Organizations Coalition (CPOC), ultimately gifted $165,000 to provide medical equipment to help the Palestinians respond to the COVID crisis. Today, we’re thrilled to announce that the equipment has been delivered and is now helping the Palestinian health care system respond to the ongoing COVID pandemic. Our thanks to the International Development and Relief Foundation (IDRF), the Canadian charity with partners in Palestine which enabled the project on the ground. Continue reading