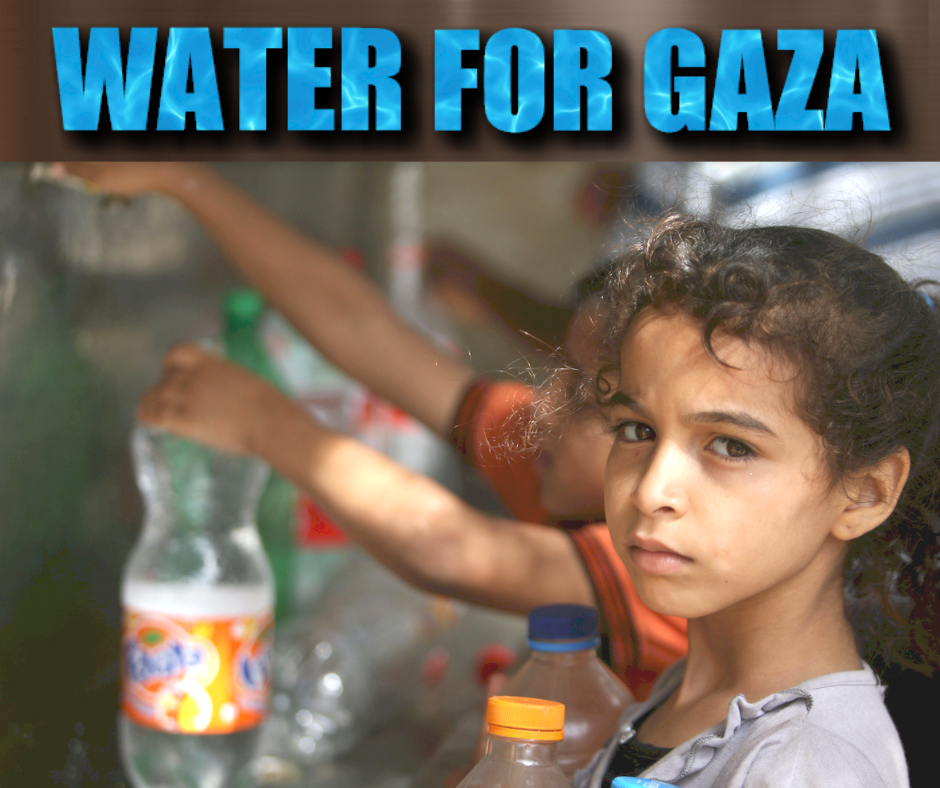 The CJPME Foundation (a registered Canadian charity) and its allies are working with the International Development and Relief Foundation (IDRF) to help provide a water well to provide water to 15,000 - 25,000 people in the Al Zaitoon neighbourhood of Gaza City.

Donations to this project are eligible for a Canadian tax receipt.

For years, experts have warned that Gaza is facing a water crisis.[i]  The coastal aquifer which provides Gaza’s 2 million residents with their only fresh water has been fouled by over-pumping and wastewater contamination.  According to UNICEF, only 10% of Palestinians in Gaza have access to safe drinking water through public water networks.[ii]

Given that tap water in Gaza is salty and often polluted, most Gazans use tap water only for bathing and washing, and even then, long power outages make the supply unpredictable. For drinking and cooking, most Gazans buy water privately – despite severe financial hardship.[iii] In fact, 26% of illnesses in Gaza are attributable to the consumption of contaminated water.

For a long-term solution, the international community must pressure Israel to end decades of practices which discriminate against Palestinians and to address their desperate need for water security.[iv] [v]  In the short term, Canadians can bring some relief to the Al Zaitoon neighbourhood of Gaza City.

Click here to make your donation now.  Donations qualify for a Canadian tax receipt through the CJPME Foundation.

The Gaza Strip is a 365 km² territory in the southeast Mediterranean containing over 2 million people (50% children and 75% refugees) under the jurisdiction of the Palestinian Authority.  The World Bank recently described Gaza’s economy as being in ‘freefall’ with rapidly worsening socio-economic indicators: unemployment is at 55%, more than half of families (57%) live below the poverty line, and 68% are food insecure. The UN has described the situation as a chronic emergency and a protracted human dignity crisis.

There are about 80,000 people in the Al Zaitoon suburb of Gaza City, south of Gaza City.  About 30,000 people on the outskirts of Al Zaitoon suffer from severe shortages of potable water, largely because the water wells feeding the municipal system are so distant.  As a result, Al Zaitoon only receives water from the municipal system for a few hours every three days, often at inconvenient intervals.  Many families in the area choose to ship water in from other parts of Gaza, thus putting an additional financial burden on these families. 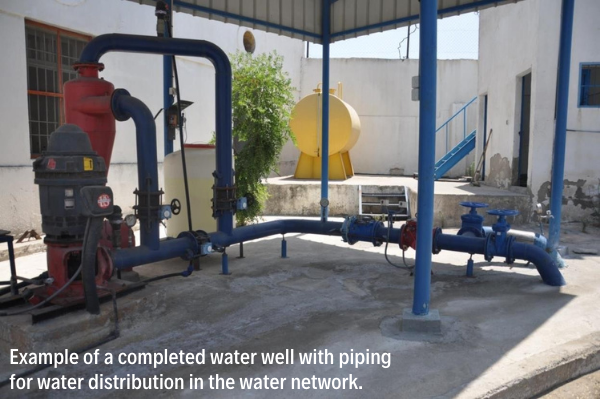 This project will provide the Al Zaitoon Neighborhood with its own central water well which will produce approximately 100 cubic water/hour – enough to provide water for about 15,300 residents for daily use.  In addition, certain other public spaces will be supplied with water from this well, including the University College of Applied Sciences, which has 12,000 students and staff.  The new water well system will also reduce the load on the local municipality system, thereby allowing it to supply other needy areas.

The overall budget for the project is $140,000 CDN, of which the CJPME Foundation seeks to raise $100,000.  The project budget covers the entire cost of the project, including labour, management and installation of the infrastructure.  The construction and equipment include: 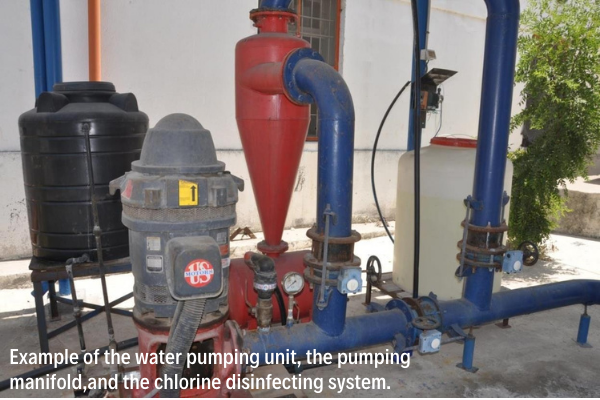 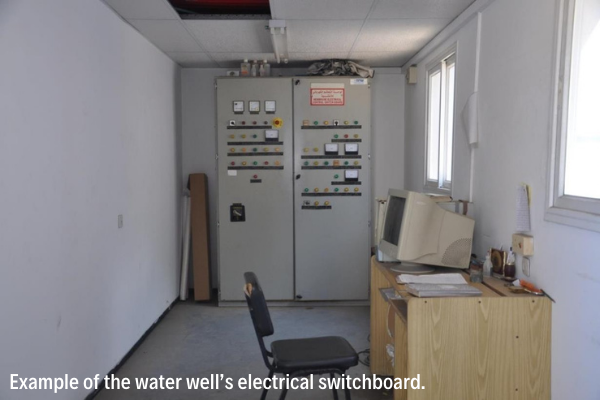 How is this well different from other wells?

This well is a high capacity "central water well" serving a large population which is distinguished from other "local" water wells in the following ways:

[i] “Water in Gaza: Scarce, polluted and mostly unfit for use,” Relief Web, Aug. 21, 2020, Accessed Feb. 14, 2022 at https://reliefweb.int/report/occupied-palestinian-territory/water-gaza-scarce-polluted-and-mostly-unfit-use