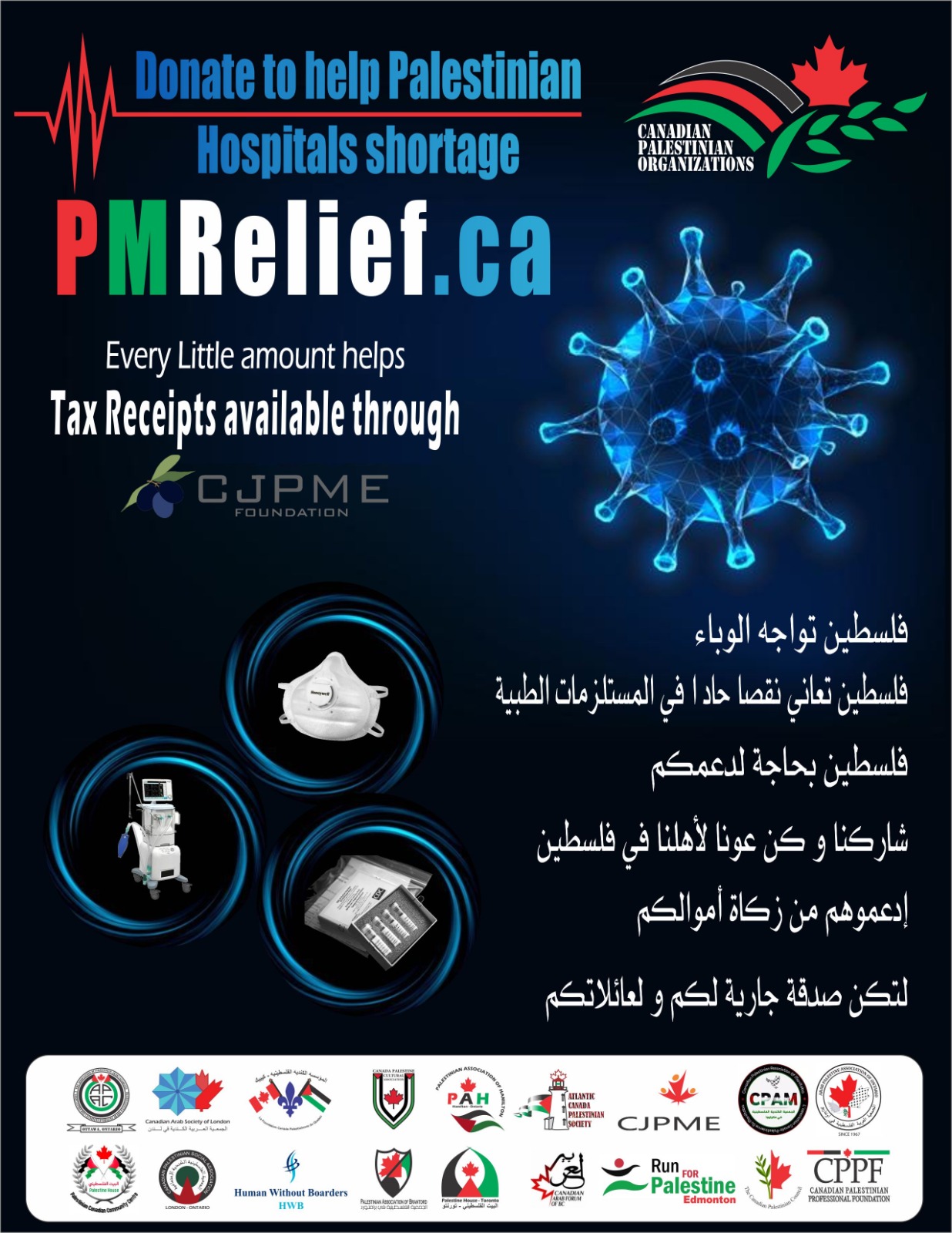 The Palestine Medical Relief Campaign (PMRC) was a campaign launched by the CJPME Foundation in 2020 in conjunction with the Canadian Palestinian Organizations Coalition.  The project was also closely supported by individual Arab-Canadian health care professionals associated with the Coaltion.  The campaign aimed to procure medical equipment for use in Palestinian public health facilities during the global Coronavirus crisis. The fundraising for the campaign ran from April 15, 2020 until May 30, 2020.  Phase 1 of the campaign aimed to raise $100,000 which would be used to purchase medical equipment in Canada and ship it to Palestine.

Why send aid to Palestine at this time?

As of April 11, 2020 there were many documented Coronavirus cases in both the West Bank and Gaza.  Like much of the world at that time, many people in Palestine were forced to stay in their homes because of the spread of the virus.  Because many Palestinians live in cramped accommodations, it was feared that the virus would spread even more quickly if it took hold.  The Palestinian public health care system was ill-equipped for a Coronavirus epidemic.

Unfortunately, largely because Palestinians live under a brutal Israeli military occupation, medical supplies are often in short supply, and medical facilities are at capacity. Palestinians’ ability to get more supplies and respond to the crisis are often hindered by Israel’s occupation, which delays deliveries and impedes civilian movement.

What medical equipment was sent to Palestine?

Members of the PMRC with health care credentials researched the availability and price of medical equipment for purchase, as well as the needs in Palestine (as determined by the PA Ministry of Health.) The PMRC ultimately partnered with the IDRF and its local partners to deliver the equipment on the ground.  Ultimately, four ventilators, two defibrillators, and two medical monitors were sent to Palestine, split between the West Bank and Gaza.  The PMRC also procured other medical equipment/supplies for Palestine, including personal protection equipement.